When working with unity and especially as the number of your scripts gets better, you start getting a lot of dependencies between scripts and you found the need to reference other scripts.
For example you have game manager for you global settings , and you find the need that your enemies script and audio manager and camera and so on wants to get reference to your game manager.
Ofcourse with unity it's easy , just make a public variable game manager and assign it in the editor but this might cause some problems over time:


you will need to get the script on the instantiated game object and assign the variable to it in runtime.

" In short inversion of control aims at providing abstraction and make your code loosely coupled. "

"We create a class that will provide an abstraction for us when we request any service/class so we will no longer need to add references by our self."

There are different ways to do it and i advice you to check this article:
http://gameprogrammingpatterns.com/service-locator.html

when trying to use service locator in unity you will find there are a couple of ways to do it , and i focus on what i did and how you can change it to your needs.

Let's start with a question how do you think " GetComponent " in unity work ? :D
To be honest i don't fully know but it's the kinda the same as service locator , you ask your gameobject do you have a component of this type or not.

Kinda same as GameObject.FindObjectOfType  but here you search in the entire scene and ask does my scene have an object with this type or not.
but with "GetComponent" you just ask your gameobject.

so what if you can make a class " ServiceLocator " where we can ask for a any class and see if it's in the scene or not .
I want to achieve is this :


As you see we have a "ServiceLocator" class which is a static class and we call the function GetService().
and pass a type levelmanager to this function.
this function will return a reference to our levelmanager script in the scene.
so what we done is we passed the coupling issue to another class to handle it.
so we don't need to assign public variables in the inspector anymore.

we will do this using "GameObject.FindObjectOfType" if it founds the object hold reference to it so when we ask again just return the reference.

here is the full code :
It's also on Github if you want to contribute
https://github.com/ahmedmohi/Service-Locator-Unity-3D

There are a couple of notes : 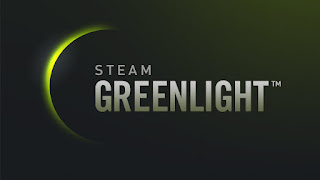